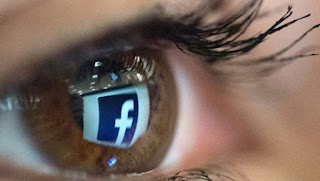 It took about 7 years to prove my opinion about the Facebook. Look into my old article about the cyber weapons.

In my article, I have noted:
"For instance, with over 350 million users (!) of Facebook, this social networking web site becomes a prime target for cyber-gangsters. I have no doubts that the FSB (former KGB) has a copy of all Facebook accounts coupled with scientific analysis software to filter down the most useful intelligence data on citizens of many countries, and especially, United States. Hey, it's almost free database with people who have no clue that their opinions, personal information, employment, personal preferences, and pictures are being thoroughly analyzed and stored in the mainframe computer. I would be surprised if China is not following the same plan, or, perhaps, Russians share their intelligence data with their partner? Thank you, Facebook!"

Will the latest news (and the stock market reaction to it) become the trigger for people to think about their Facebook accounts? Will they finally realize that the social networking = no privacy protection?

On April 3rd, 2018 Facebook has announced that the majority of its 2 billion users very likely have had their public profile information "scraped by outsiders without their explicit permission" not to mention previous announcement that information from the profiles of 87 million people may have been “improperly shared” by Cambridge Analytica, the company that is described as an “arsenal of weapons” in a culture war.

The CTO at Facebook, Mike Schroepfer, wrote that he wanted to update users on the recent changes the company made to protect their personal information, like strengthening the process for approving third-party applications with access to the site.

“Given the scale and sophistication of the activity we’ve seen, we believe most people on Facebook could have had their public profile scraped,” he wrote.
This is the case when I hate to be right but I was. 7 years ago.
If people would share their pictures only (like family's or friends') it would be not so painful (not to mention that your name is identified with your picture and reveals your friends).

However, every "like" or "not-like" is being recorded, every post or reply to the post is being stored, and all of it, including the history and the links you have clicked -- is being added to your PROFILE. By the way, if any of your friends has certain political views, it would be linked to your profile. Did you know it? How many friends do you have that you have no clue about who they actually are? Or what the web sites they do browse?

Now, if you would work for any adversaries mentioned in my 2010 article, you would want to merge the Facebook info with Google info. It would be very useful. In that case, your life will be shown like the blood test from the medical lab after visiting your physician.

If I did sound paranoid in 2010, perhaps now you may agree that I have the point, especially considering the Russians who have used social media to influence people for or against some political figures. #DeleteFacebook hash-tag is a good start.
The story about Facebook may finally trigger the process of hardening the privacy information like it was done within HIPAA regulations to protect the private health information. 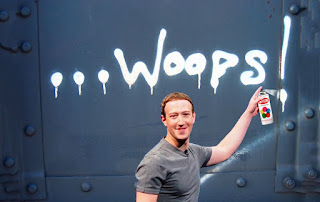 Truly, I don't believe it will happen on the same scale when those who violate the privacy could be penalized with a sizable amount of money or even get prisoned. Perhaps, something will be done. Mark Zuckerberg is expected to appear before multiple congressional committees, and his company is under investigation by the Federal Trade Commission on suspicion of violating an agreement in 2011 to protect its users’ privacy.

It is time, right?

No matter what will be done, one thing that cannot be changed: scrapping the FSB database on Facebook users.

And, hey, don't exclude Google and Twitter and the fake news!

Posted by cyberteacher at 9:52 PM

Training resources (folks from 32 countries use them!)